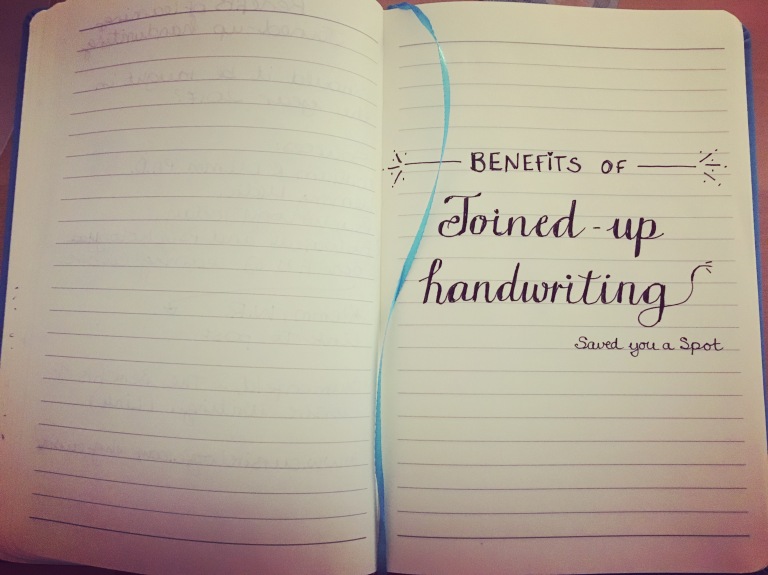 Is it important for young generations to learn how to join up their handwriting, especially in the age of iPhones and pads? I’m sure this question has crossed many pupils’ parents’ and teachers’ minds.

Evidence is mounting that putting pen to paper has benefits that typing cannot replace. – CursiveLogic 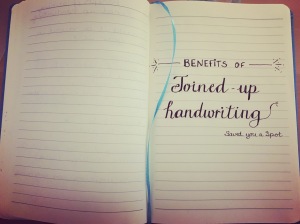 Is there a difference between cursive and joined-up? According to Wikipedia, cursive is any style of penmanship in which some characters are written joined together in a flowing manner, generally for the purpose of making writing faster. Formal cursive is generally joined, but casual cursive (joined-up) is a combination of joins and pen lifts. So basically it is the same thing, the only difference is one joins up all the letters and the latter has some lifts of the pen.

According to neurologist William Klemm, the neurological benefits of writing by hand are compounded with cursive writing.  He states that cursive writing, compared to printing, is even more beneficial because the movement tasks are more demanding, the letters are less stereotypical.  Diane Montgomery posits that the connected letters and fluid motion of cursive handwriting are especially beneficial to students with disorders such as dyslexia and dysgraphia. Brain imaging studies show that cursive activates areas of the brain that do not participate in keyboarding.

HANDWRITING Vs QUALITY OF COMPOSITION

Researchers Steve Graham and Tanya Santangelo found that teaching handwriting is strongly correlated to the improvement in the quality of writing, not just the legibility of the handwriting, but the quality of the composition. Fluent handwriting allows the student to freely concentrate on higher level skills needed for good writing and to write at a much faster speed.

Do you think handwriting should have a slot in the taught curriculum?

Join 1,167 other followers
Follow Saved You a Spot on WordPress.com